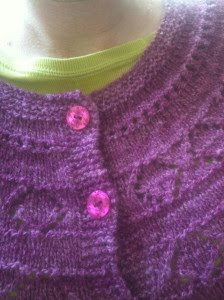 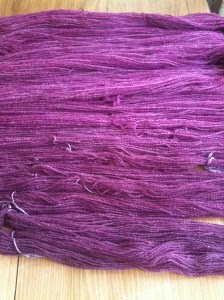 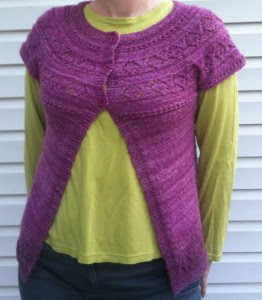 Very pretty and I love it with that olive green shirt! Purple and olive --- MMMMM love that combination!

Thanks, Robin! Yes, I think this hobby attracts people who love a lot of color, don't you? :)

That one is pretty- love the color.
And to your question: Yes! Ihave lots of hand knits in draws etc... but do sell out and gift away:-)

You're right, Beate! Knitting for gifts helps a lot. Luckily I've got family members who love getting handknits. :)